The new 5th generation Hyundai Accent is enough to make its rivals feel a lot of jealousy: an attractive design, its powerful and efficient engine and its on-board technologies consolidate its positioning in its segment.

There are several changes, particularly in terms of the profile, the bodywork or of the cabin. The new model incorporates the latest LED technologies and projection on the entire front lighting. This of course for a better visibility. We also note the presence of chrome details on the grille and the surround of the fog lamps which add a sophisticated touch top of the line.

In terms of dimensions, the vehicle is more 15mm long, 2.9mm wider and 10kg heavier. This revision to the increase concerns space on board and passenger comfort. Being part of subcompacts, this car is ideal for families with its more generous dimensions. The new chassis, much more rigid than its predecessor, embeds an improved front axle to gain precision and a rear axle which positions itself correctly in the right axis when acting on a transverse force.

Aligning with the latest standards adopted by the brand South Korean, the cabin stands out with confirmed ergonomics. The board dashboard features a 7-inch Android Auto/Apple CarPlay touchscreen. The sleek and intuitive infotainment system provides easy access to smartphone apps.

When braking on wet and slippery roads, any steering deviation is detected by the sensors of the anti-lock brake system (ABS). The individual anti-lock braking system brakes (ABS) then activates to prevent the wheels from locking, preventing the skid and maintaining directional control.

The instructions tell you your position relative to other vehicles and the sidewalk. Rear bumper sensors detect objects you cannot see and alert you with a sound.

Under the hood, the vehicle is fitted with the 4-cylinder 1/6 I CRDI diesel unit developing 128 hp. and 260N.m. If the power and torque have been slightly reduced, the performance is identical. Which significantly improved fuel consumption. CRDI technology thus makes it possible to have an engine that is flexible at low revs and fuel efficient, but also capable of remarkable acceleration and pick-up. It is mated to a 6-speed manual gearbox and another automatic. The BVA is offered from the entry level.

In addition to optimizing engine performance, it allows for smooth, discreet and quick gear changes. Despite its power, the engine is sober, because its consumption in a combined cycle varies between 4.6 l and 5.4 l/100 km only. The vehicle is both suitable for urban traffic but holds up well for long journeys, delivering performance above the segment average. Unlike the other vehicles of the category, the new model has suspensions that are not firm. Soundproofing has also been improved and provides more comfort to passengers.

The Hyundai Accent has always been renowned for its great technological performance as well as its fuel economy. The new four-cylinder engine has improved fuel economy across the lineup: manual transmission models are rated at 33 mpg combined, and automatic models claim a combined rating of 36 mpg. We didn't have a chance to put the Accent's new powertrain through our real-world on-road fuel economy tests, but the 2018 Accent's less efficient engine impressed us with a result of 41 mpg when equipped with the standard six-speed manual transmission.

More modern and understated, the interior of the new Accent is centered on the driver. It is equipped with intuitive controls combining increased roominess, well-made materials and cutting-edge technology. The large dashboard offers a new touch screen with Bluetooth connectivity and Android Auto / Apple CarPlay compatibility for more fun and up-to-date infotainment. A conventional 3.5-inch cluster or a full digital cluster are available depending on the finish.

The control panel is fixed at the bottom of the screen in a horizontal position. It includes buttons and elements arranged in logical groups according to their functions. Vehicle convenience features include remote automatic opening (Smart Key), the Start button and a smart trunk. The car also offers two USB ports, additional auxiliary ports, as well as a rear-view camera for more convenient parking. The designers behind Accent have shown their talent and skill with one of the most beautiful strokes of the pencil we have seen this year in this category. The locations, sizes and spacing of every contact point and line of sight have been precisely analyzed and thought out for ease of handling and minimizing driver movement. 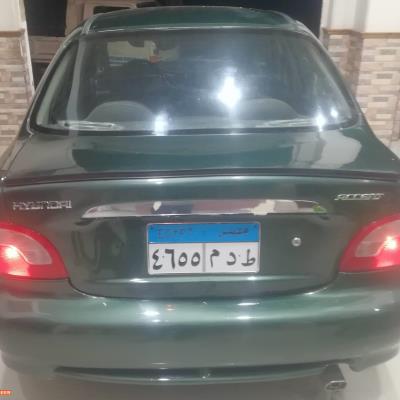 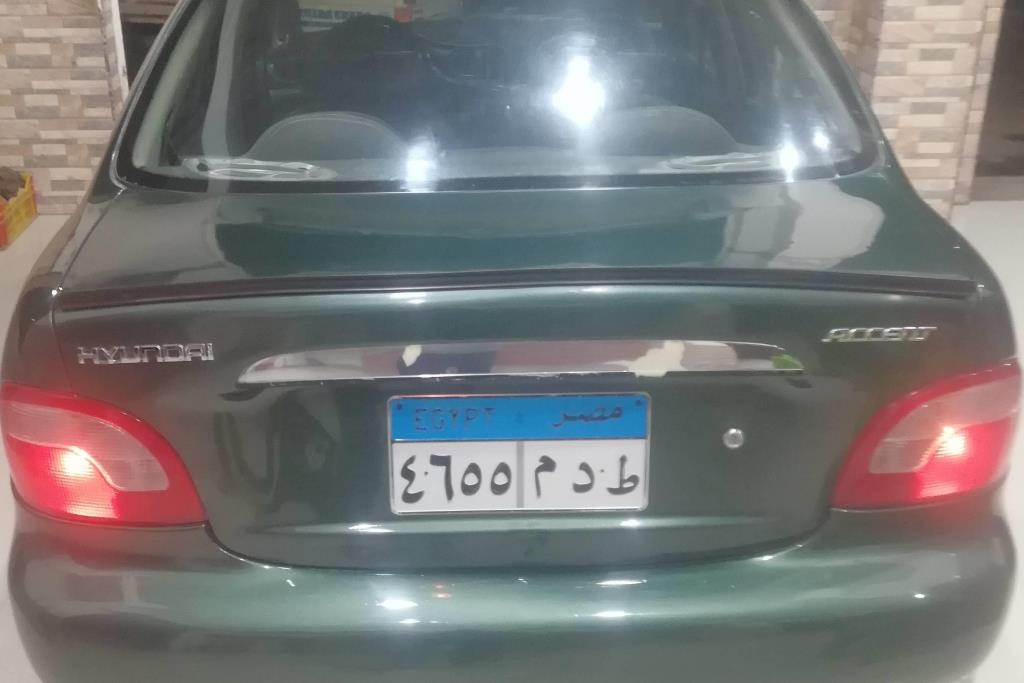 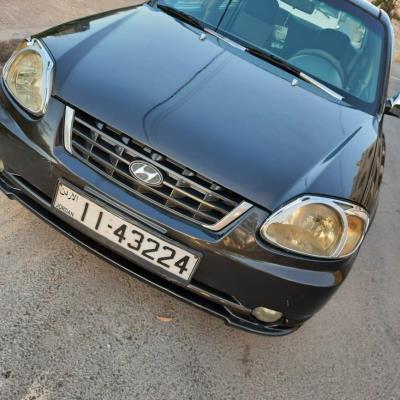 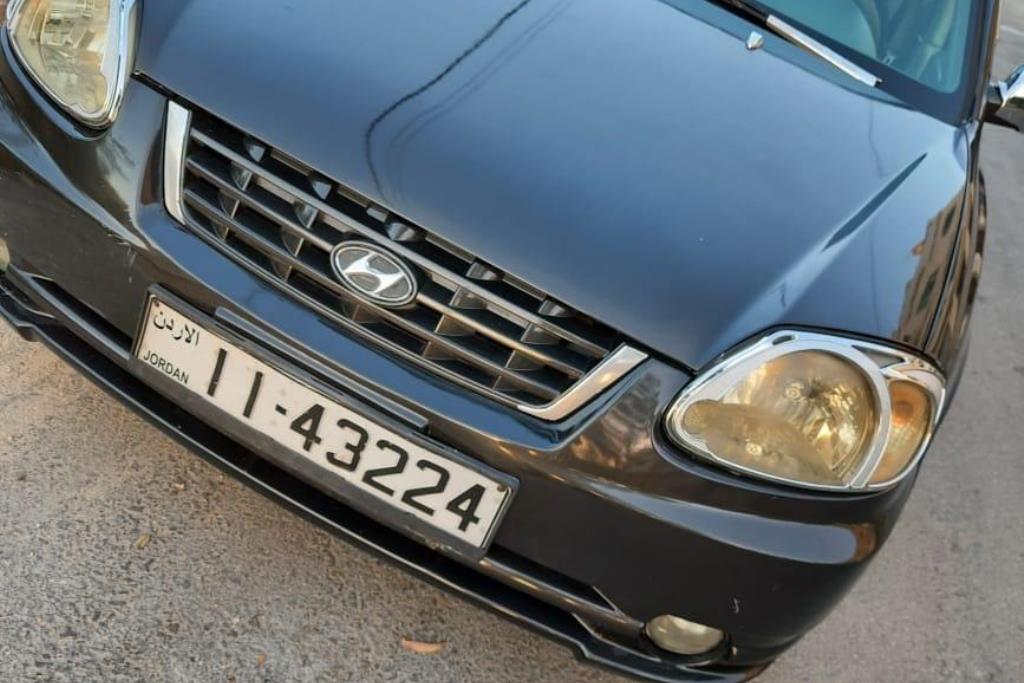 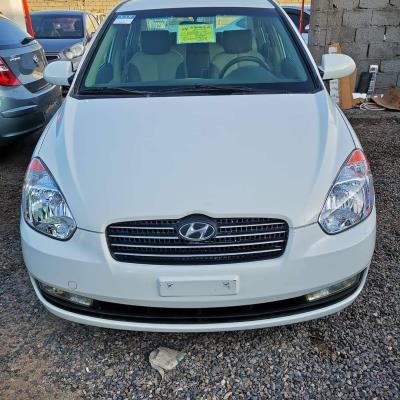 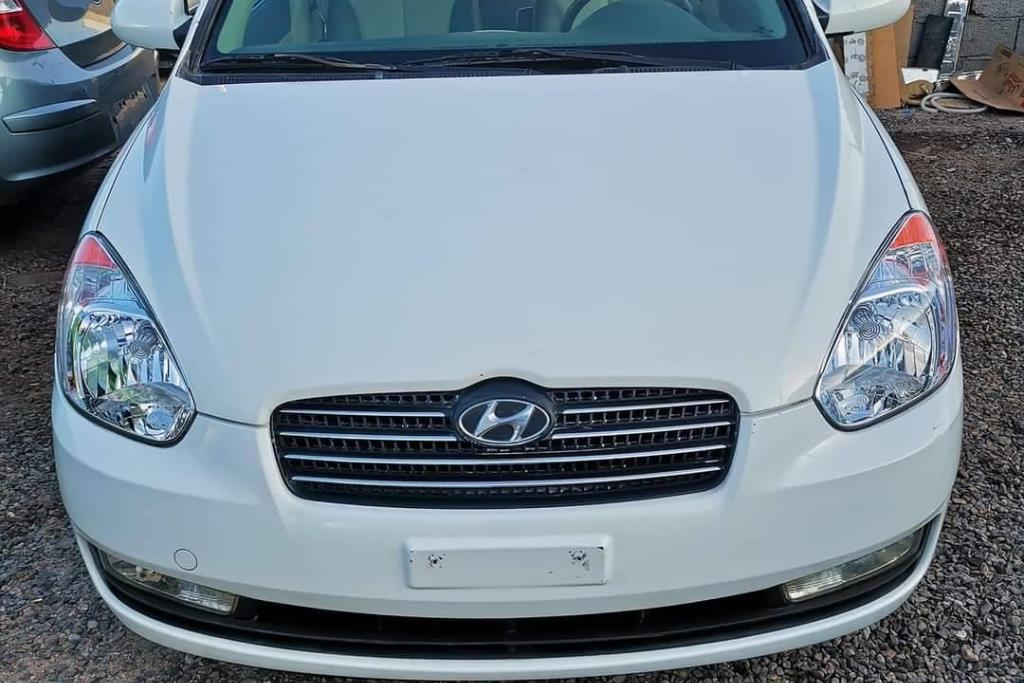